Our customers rate us as Great 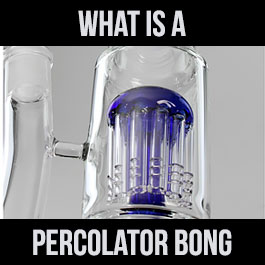 What is a Percolator Bong

A percolator bong is by far the most badass way you can smoke your herbs! They are normally made from glass but some plastic options are also available. These percolator bongs are the same as any other normal bong except they include one extra, game-changing, details. Within the glass tubing, you will notice a small device that is also made from glass, see the picture above for clarification. This extra 'device' is actually a percolator (it can also be known as a simply 'perc' for short). This addition is the only distinguishing difference between your standard bong and a percolator bong.

At first glance some of these models can look absolutely crazy, some models can include just one 'perc' whilst others could include several. There are also many different types of percolators on the market, they all look very different and have cool names, yet the principle behind them is the same every time.

How does a percolator bong work

As mentioned above, there are many different shapes, sizes, and styles to the percolator but the science behind them is the same. Under normal circumstances of a classic bong, the smoke filters through the water and then leaves via the main tube. A percolator bong incorporates this basic tactic but adds an exciting twist. The smoke still filters through the water but somewhere along the journey, the smoke comes into contact with the perc.

The principal of passing smoke through the percolator is to separate the smoke several times creating much more surface area. Some types of percs do this a little better than others using more intricate and costly designs. Once the smoke is separated it can be run against the glass surface anywhere from five times as much as it would of been. 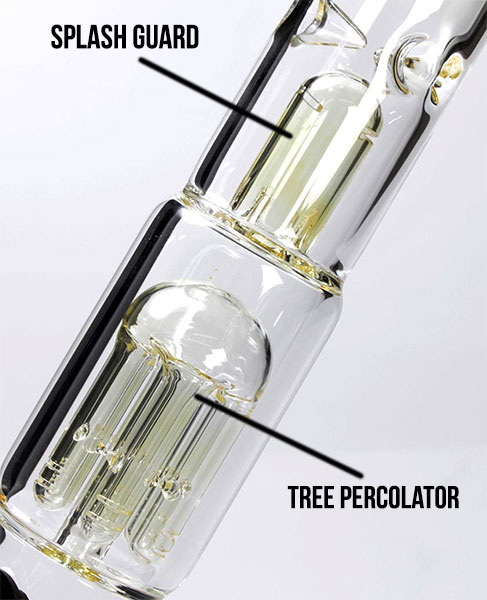 For example, look at the picture of the Tree Percolator Bong above. It looks kind of like a jellyfish with all those dangling arms drooping off the jelly shaped body! Imagine smoke traveling upwards out of the water chamber and then meeting the start of the percolator. The first stage is that the smoke has to squeeze through a much smaller tube in the center, it then can expand once again into the jelly shaped part at the top. Now the vacuum pressure brings the smoke back down through all 6 arms, creating six times more surface area. On each leg there are three 'diffuser' slits, the smoke once against must be split up three more times per arm.

All of this splitting up and massaging creates a brand new texture for your smoke and the difference it makes to the hit is noticeable. As you can see below, some bongs can include three percolators in a row! This is some serious filtration! Percolator bongs can also help catch more toxins and you will eventually notice this as a yellow stain within the perc. As unsightly as this may sound, it could also be seen as a trophy or certificate of the percolator making a difference. You can always clean your bong regularly to stop this staining. 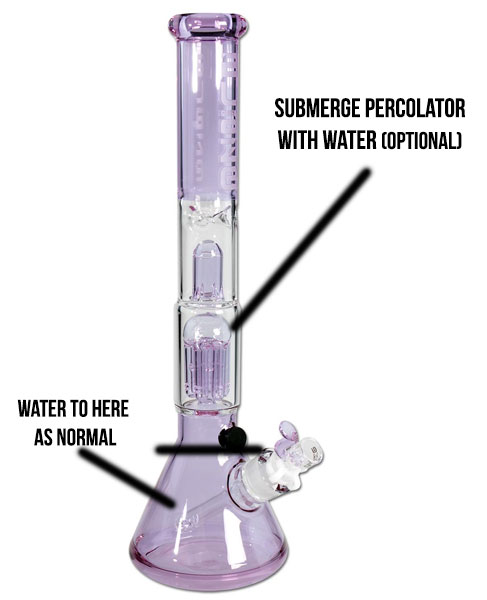 Should you add water to your percolator

You can only add water to your percolator if the design allows. Some percs are placed inside the water chamber so they will already be submerged, but on some models, the percolator may be placed inside the main pipe or neck - in this case, you can add water via the mouthpiece to submerge them. It is down to preference and it is not essential. On inhale, the display of bubbles from submerged percs is incredible and makes it a tempting choice! Some models even include a splash guard above the perc which looks like a dome with 4 slits at the bottom, this stops the water splashing into your mouth if you chose to add the extra water.

Why you Should Buy a Percolator Bong

The main reason for using a bong in the first place is for a smoother and cooler smoke, so it makes perfect sense to buy a percolator bong as they give you the very best result. Whilst they do cost a little more, there are plenty of budget options on the market for those looking to try them out - but you will notice that the perc will not be the same quality as the more expensive ones that we stock so the result will not be as optimum. 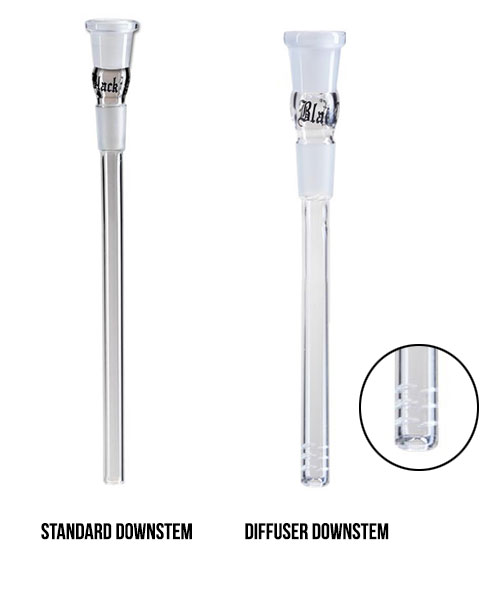 Difference between a percolator and a diffuser

A diffuser is basically a device that spreads something over a wider area. A diffuser in bongs refers to slits cut into a pipe that force the smoke to split up multiple times. When we talked about tree percolators earlier, we mentioned that each arm had slits at the bottom. A great example of these slits are on the 'Diffuser Downstem'.

Are diffusers the same thing as a percolator

No, diffusers are not the same as a percolator. A diffuser is included in many percolators as additional filtration. A great example of a diffuser is on certain downstems of bongs. A normal downstem takes the smoke from your bowl and sends it into the water chamber via an open end. However, a diffuser downstem dispatches the smoke though several slits, creating way more surface area for the smoke to filter into the water. The science is basic yet the benefits are huge. The bubble display in the water chamber from a diffuser downstem is a magical sight that often makes a user want to take an extra big hit!

Pros and Cons of Percolator Bongs

So let's get down to the nitty-gritty! Like all products, there are pros and cons so allow us to break down the benefits and disadvantages of the percolator bong in comparison to a regular type.

Still a little confused? Here is a diagram of a percolator bong that we have put together to help you visually understand the process of what happens when you inhale and pull smoke through said device! 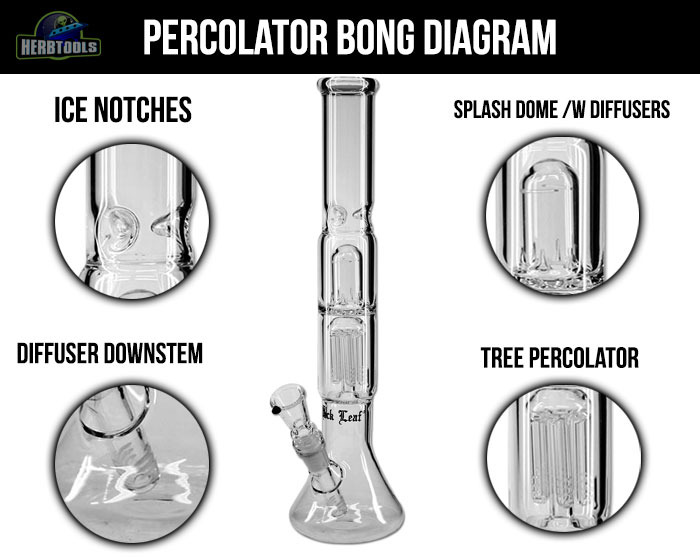 With an impressive range of bongs at low prices, it is no surprise that HerbTools has become one of the UK's biggest suppliers of smoking accessories. Since opening the website in 2012 they have grown tremendously in size and continue to compete as one of the best headshops around.

how to best guide

We've got you covered. Billing and Shipping are both discreet! 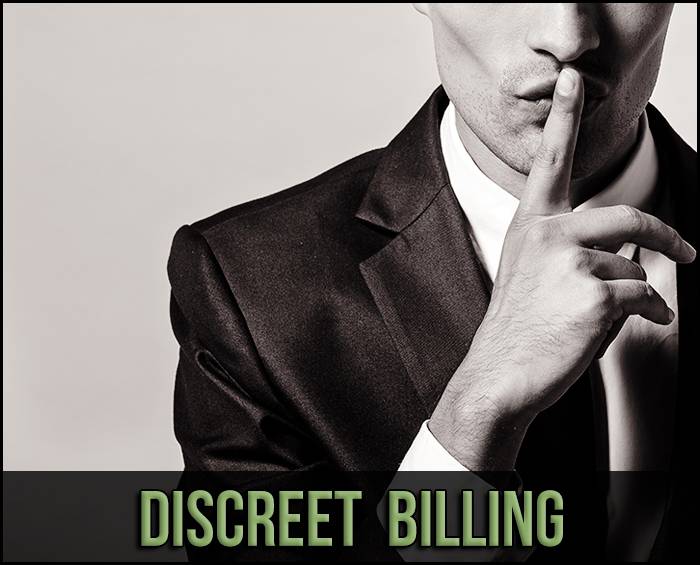 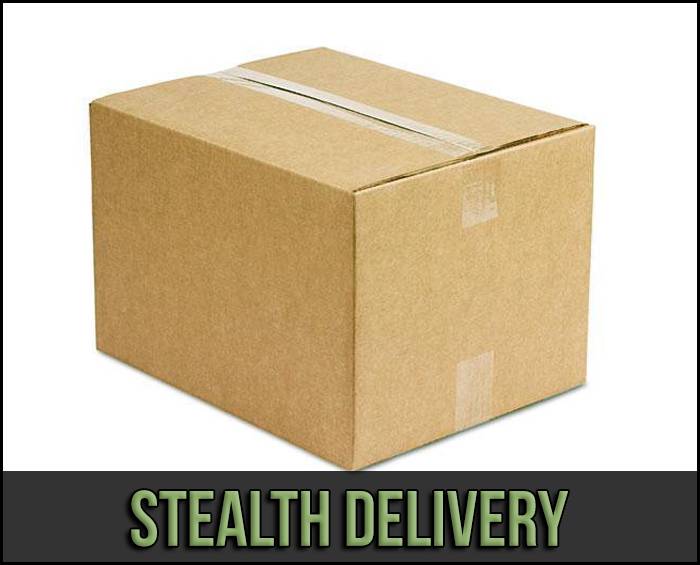 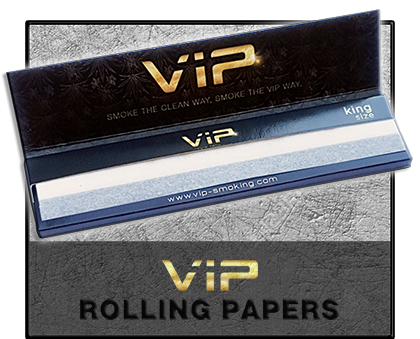